The capacity to shake off our life stresses. By Fionola Meredith, The Irish Times 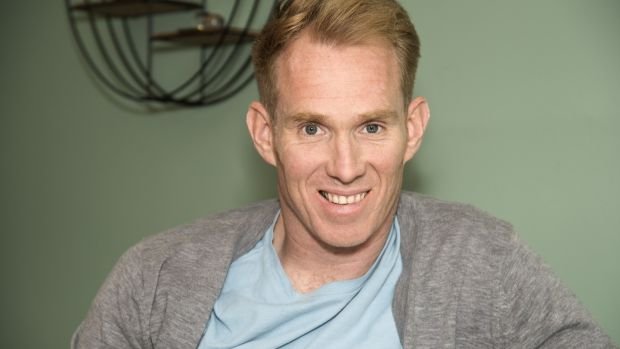 The Irish Times Fionola Meredith writes about her experience of TRE® with Gareth Toner TRE® Practitioner and body-worker based in Newcastle, Co Down, Northern Ireland.

TRE® practitioners believe capacity to shake off life stresses is still there, latent within us.

If you have ever noticed your dog tremble during a violent thunderstorm, or watched a wildlife documentary in which a gazelle quivers after a narrow escape from a hungry lion, you have witnessed the way that animals shake off trauma through releasing muscle tension. Afterwards they skip away as though nothing had happened: the stress has left their bodies. Animals tremor instinctively.

Wouldn’t it be great if human beings could do something similar?

According to proponents of the mind-body practice known as TRE® – tension and trauma releasing exercises – we can. We are “genetically encoded” to tremor. Most of us have lost touch with that innate animal impulse, but TRE practitioners believe the capacity to shake off our life stresses, even deeply engrained ones, is still there, latent within us.

Originally developed by trauma expert Dr David Berceli, TRE® is a simple set of movements designed to release patterns of stress held deep within our muscles. The idea is that primitive parts of the brain get stuck in defence strategies, contracting the body into a perpetually aroused state of “fight or flight”, or even shutting it down into a frozen, numb or disconnected state. The exercises activate a natural reflex mechanism of shaking or vibrating that not only releases tension but can also have a calming effect on the nervous system.

“It’s about waking the whole body up,” explains Gareth Toner, a TRE® practitioner and body-worker based in Newcastle, Co Down. “So many of us have become disconnected from our bodies, from our natural knowing. TRE helps you reconnect to your senses, to come out of these fixed states of fight, flight or freeze, so you can start inhabiting your body again, using it to feel and sense as you negotiate the world.”

The exercises themselves are easy, and not too different from the kind of poses you would find in a yoga class. First, Toner shows me how to rock backwards and forwards on to the outside of each foot, then how to raise myself up and down on tiptoes. This is followed by a semi-squatting pose, and a wide-legged forward bend: all part of the process of tiring out and stretching the major muscle groups.

But there’s no sign so far of the mysterious “neurogenic tremors”.

To be honest, I’m a bit nervous. Allowing your body to shake, especially in front of another person, feels strange, almost socially unacceptable, like suddenly bursting into song in public. In our buttoned-up culture, involuntary shaking is mainly associated with weakness, madness or illness.

Is it really okay to let go?

Toner is reassuring. “People think there is something wrong with them if they’re shaking,” he says. “But it’s a natural impulse to bringing the body back into balance.”

And sure enough, while I’m leaning against the wall in a standing squat, I feel my thighs begin to quiver.

First of all, it’s just the merest hint of a tremble, but then it’s as if an unbidden internal rhythm takes hold. My legs want to do their own thing, and I let them. By the time I’m in the final position – lying on my back with the soles of my feet together – the tremor is rolling in waves throughout my entire body. The movement seems to rise in the pelvis, reverberating up the spine and lifting the shoulders right off the floor. It’s an intense experience.

Afterwards, I notice that my breathing is different: slow, deep and calm. When I get up, I feel substantially lighter, perhaps as a result of the layers of tension I’d managed to shake off.

Emotional discharge
Many people find that doing TRE® brings with it not just a muscular release, but an emotional discharge too – sometimes quite a dramatic one. Apparently, this is to do with freeing up tension from the psoas, the primary flexor muscles which connect the back with the pelvis and legs and protect the body’s centre of gravity. In threatening or stressful situations, the psoas contracts, and if the stress continues, this contraction can become chronic, continually sending a message of danger to the brain. According to Berceli, “the emotional pain we carry within us isn’t just in our head. It’s also etched into our muscles . . . and talking about it may not be enough to release it”. Berceli believes that in order to heal from trauma, this deep set of core muscles must let go of their tension and relax.

Toner says that since TRE® is intended as a self-regulation tool, one that you can be taught and practise on your own, it’s important that you have control over your own capacity to tremor. So if the shaking begins to feel too strong, the answer is to stretch your legs out straight. This action causes the tremors to immediately subside. Little and often is regarded as the best way to proceed, so that the nervous system does not become overwhelmed.

“It’s empowering for people to feel control over their bodies again,” says Toner. “It allows them to meet parts of themselves that perhaps haven’t ever been met or heard before.”

It was his own experience of chronic pain, caused mainly by sports injuries, that led Toner to explore body-based ways of healing. “I became fascinated with how the body keeps the score, how it holds the truth about who we are. Helping someone feel safe enough in their own body to be able to connect with it – that’s where I get my joy from.”

It’s about waking the whole body up,” explains Gareth Toner, a TRE practitioner and body-worker based in Newcastle, Co Down.