TRE® FOR ALL’s Humanitarian Work:  Below is an example of some of the volunteer, humanitarian relief work members of the TRE® team have accomplished to date.

TRE® Scotland supports the work of TRE® Nepal to train community faciltators – Find out all about this great project which currently helps people in Nepal recover from the ongoing trauma expererienced as a result of the Nepal Earthquake disaster on the TRE® Nepal page.

• Sichuan earthquake, China, 2008 – TRE® was taught to hundreds of child survivors of the earthquake in China.

• South Africa, California & Australia – TRE was taught to hundreds of victims of natural disasters including floods, earthquakes and wildfires.

• US military and their families

• US Military Troops – TRE® was taught to thousands of US military troops.

• Additional TRE® humanitarian efforts have been made, and will continue to be made with the following identified populations and target groups:

• Those who have been marginalized, disenfranchised or considered less valuable by society due to their financial, social or educational status

• Those identified with stress disorders and PTSD

• Survivors of terrorism and war

• Juvenile offenders identified as having a trauma history

• Those who live in inner city high-crime areas

As with all disaster relief programs, many are eager to help, but, in order to maximize outcomes there needs to be a measured, coordinated response administratively and on the ground. Nepal has a unique set of cultural mores which must also be honored. This means that TRE-HSA must be nimble and fluid in its planning. An identified risk, is that it is hard to predict precise outcomes at this time. According to experts on the ground, it will be a long sustained campaign installing TRE into the culture to support years of recovery.

A possible positive risk is that we raise more money than we resources to dispatch at this time. If this should happen, TFA would like to hold the money in reserve to be used specifically and solely for other humanitarian relief programs

COMMUNITY fACILITATOR PROGRAMME – TRE® NEPAL
Following the 2015 Earthquake Nepal is still in crisis. Joan McDonald , who is lead supervisor for Scotland, headed out there to teach, train and work on designing the Community Facilitator program there and to launch an NGO – TRE® Nepal

As part of this work TRE Nepal has linked in with a local NGO which provides psycho social care in 14 districts across the country.

They work with earthquake survivors, those impacted by human trafficking and refugees who are coming across the Himalaya’s looking for refuge in Nepal. They have 150 front line staff that are interested in training as Community Facilitators.These psychosocial workers face overwhelming circumstances in their work every day and in their personal lives as many also experienced the devastation of their homes.
They are committed to integrating TRE® in their agency, as a self care tool for all of their manager and staff, and to adopt TRE® as a stress reduction tool to teach to their clients and in the communities in which they work.

That local NGO reports a significant rise in domestic violence, human trafficking and mental health disorders among teenage girls since the earthquake. They also talk about the many women and children who are now homeless, have no income and live in fear that their children will become sick and die. 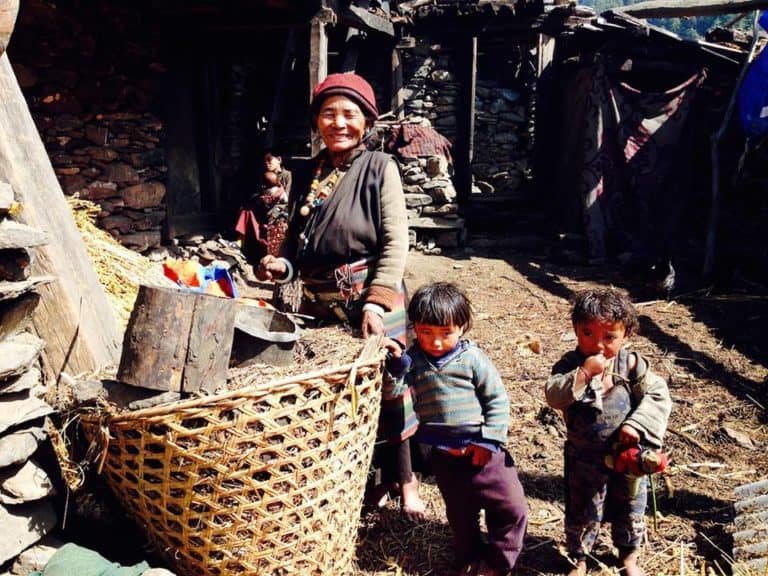 We are now ready to begin the next phase of our work by offering an Agency Based Community Facilitator program with our new partner. We are excited to have a Local NGO who is committed to TRE® and sees the potential for healing for their staff and clients.

The $7,000 USD raised by TRE® For All and TRE®-HAS through the Indiegogo campaign last spring (2015) has supported the beginning phase of this ambitious project by enabling Sae Kani, who is a Certified Provider, CT trainee and disaster management specialist to be here since September 2015. She has introduced TRE® to 100s of people, including those in communities high in the Himalayan Mountains, NGOs, and a Buddhist school of 160 children and teachers. All of this has created credibility for TRE® here in Nepal and led us to a local NGO who wants to partner with us.

Please Support this work if you can

Not only will you support the beginnings of establishing a sustainable TRE® program in Nepal, you will also help TFA and TRE®-HSA develop a sustainable model that can be adapted in any country facing a humanitarian crisis. The knowledge we are gaining will be shared with you as we pilot this model here in Nepal.

To sponsor this project we need to raise $30,000 USD. This doesn’t cover salary or fees for our services and 100 % of our work is volunteer. The budget covers our office rental, internet and administrative costs, local ground and air travel, as well as a small contribution to our living expenses. Our budget is based on a projected value of the full training, including supervision at a developing country rate of $300 USD per person for the Community Facilitator Training and $900 USD for the full Global Certification Training. The Community Facilitator training provides credit for module 1 and six supervision sessions towards the Global certification 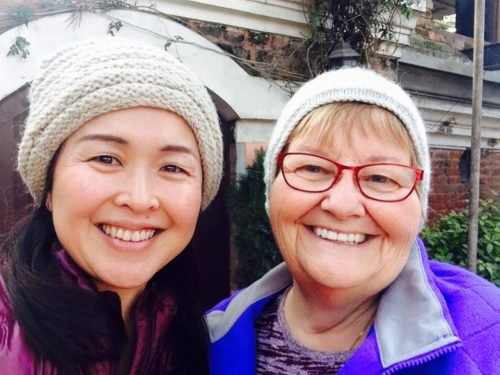 Thank you for reading this

Donations can be made to www.treforall.org by indicating the purpose is TRE® Nepal.