Shake off 2020 With Tension and Trauma Release Exercises 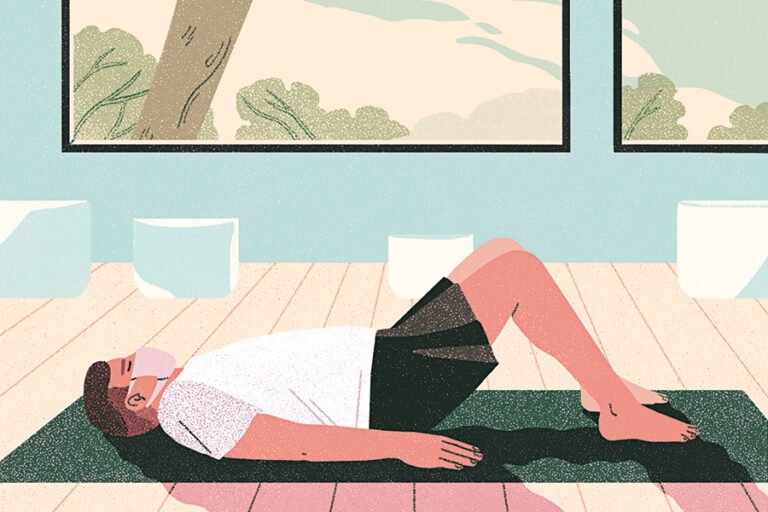 An inside look at the new wellness class that promises to leave you trembling—in the best possible way.

It may have been a warm autumn day outside, but inside a fitness room at the new Miraval wellness resort in the Berkshires, the light was dim and the air was cool as our group of six Zen seekers—many of whom hadn’t stepped foot in an indoor class since March—filed in for the morning session. Masked up and socially distanced on yoga mats, we began with a seemingly rote series of stretches, lunges, and squats led by mind/body specialist Mark Gerow. Then our instructor deviated from the normal yoga-class script, directing us to lie flat on our backs, feet pressed together and knees pointing outward. And that’s when things got a little…weird.

As I spent the next 20 minutes frozen in that position, I felt my knees involuntarily shaking in the darkness as Gerow guided our collective breathing and coached us through the experience. Turns out, those warm-ups were hardly rote at all—they were part of a carefully organized sequence known as Tension and Trauma Release Exercises (TRE), which claims to relieve muscle pain through a physiological process called neurogenic tremoring. Yes, you read that right—tremoring.

Unlike the wellness crazes that popped up every few months pre-COVID—“lymphatic drainage” trampoline classes, aerial yoga, indoor surfing—TRE sessions have been slowly gaining momentum in recent years without ever becoming trendy, remaining something of an insider secret. Aside from Gerow’s new class at Miraval, there are only a handful of official TRE providers in Massachusetts. The exercise specifically focuses on releasing tension in the psoas, a large muscle running from the femur through the pelvic bowl that holistic experts have long believed seizes up in response to physical, emotional, and mental distress. “When our psoas is tight, you can feel it in your back and maybe you hunch over,” Gerow says. “Over time, if we keep carrying our traumas, the body will break down. We gain weight; we won’t sleep; we can’t let go; we aren’t creative.”

I wouldn’t have believed in the power of TRE had I not witnessed what happened next at Miraval that day. One man whose decade-old shoulder surgery had never healed quite right said he felt his pain dissipate after the class. A woman revealed that since her double mastectomy last year, her chest had been riddled with nerve pain—but after our session, she noticed a big improvement. As for me? The class marked the first time I was able to stop thinking about the 50 things I had to do that week and truly feel the relaxation I sought at the resort that weekend. Still, Gerow advises that TRE is “not a panacea” or a one-and-done cure-all for physical and emotional discomfort. “This is a process,” he says. “And as we go into 2021, I think people are really going to seek out ways to deal with everything we went through collectively in 2020.”