How ‘TRE®’ helped this PTSD sufferer 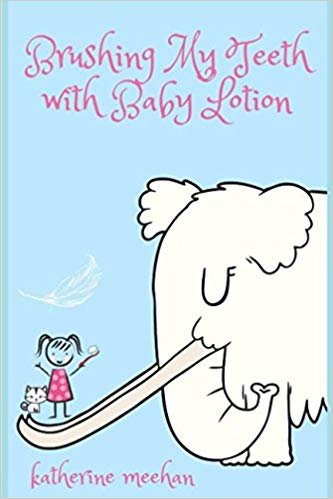 "Brushing My Theeth with Baby Lotion"

Katherine Meehan, 37, from Kent has published a book about her self-healing journey in the hope it will help others to find their own profound wellbeing and happiness. In ‘Brushing My Teeth with Baby Lotion’, published last month, she shares the natural tools and universal lessons she learnt. We spoke to Katherine who said her first major breakthough in her recovery from PTSD was discovering ‘Tension and Trauma Releasing Exercises (TRE®). Here she shares an excerpt from her book:

“Not one for labels, but approaching desperation, I looked up my symptoms and was pretty convinced I had something along the lines of Post-Traumatic Stress Disorder…

“…I’m not sure what I was expecting from the doctor, but at least I’d been given time and permission to rest. When I got home I sat on the sofa staring at that form. What was the solution going to be? What if this is a perfectly rational reaction to everything and I’m just really sad and angry and scared? What if I end up feeling like I had before and end up killing myself? Round and round my brain went – worried that no one would be able to help me.

“I had become so overwhelmed that my body had had to physically collapse to make me stop. I was going to have to sort this out myself. Find my own solution. Not numb it out. I didn’t want to talk when I didn’t know what to say. There must be another way. I felt like there was something inside me and that if I didn’t get it out it was probably going to kill me.

“My Mum had recently said (while balancing on one leg), “Do you know darling, there comes a point in every woman’s life where she thinks ‘hmm yoga might be a good idea’”. Bit wobbly, not sure I’d be able to balance, but something to try maybe.

“While searching for yoga in my local area I came across something called ‘Tension & Trauma Releasing Exercises’ (TRE®). In the blurb it referred to PTSD. TRE® was a self-healing energy therapy where you didn’t have to say anything. Bingo.

“There is a man and his name is Dr David Berceli. He is an international expert in the areas of trauma intervention and conflict resolution.

“When Dr Berceli was working in war-torn places he noticed that when there was an explosion everyone reacted in the same way: they ‘went into’ themselves, constricting inwards so as to protect their head and organs, and clenching into a ball. The men he had been in bunkers with later began to exhibit symptoms of traumatic ‘shell shock’ (anxiety, PTSD).

“The psoas muscle, located at the base of the spine, is responsible for putting us into the self-protective ball. Whenever you experience something shocking, traumatic, or that you (consciously or subconsciously) perceive as a threat, your psoas muscle constricts and ‘locks in’ the tension in the body. Once the tension energy is contracted into the body it stays there.

“Dr Berceli developed Tension and Trauma Releasing Exercises (TRE®) to release this tension. “I signed up for one session a week for six weeks. I fell, weeping, through the door before my first session, no idea what was about to happen.

“You don’t have to say anything and no one touches you. The series of movements are easy to do and can be adapted so that anyone can do them. You can stop the shaking at any time. It is weird, gentle, pleasant, soothing and magnificent.

“When the shaking started in my thighs I knew I had felt it before: a year ago when my thighs had been trembling. So it hadn’t been my body shutting down, it had been my body releasing tension.

“TRE® was simply the greatest discovery in the world for me because it had instant benefits. The first session lasted an hour and a half and a calm swept over me. I got home and slept for four hours solid, something I hadn’t done for months.

“The benefits of my TRE® experience included: eliminated anxiety and symptoms of PTSD; more energy; better clarity and understanding of people and circumstances; ability to sleep; reduced muscle tension; release of emotions in a manageable way; more confidence and self-acceptance.

“When I was at school learning about the weather my geography teacher told us about areas of depression: under a depression air is rising, forming an area of low pressure at the surface. That’s when it’s all cloudy and dark and we have storms. When the energy starts to move, the depression lifts, and it’s sunny again. I likened it to how I was now feeling – this dense fog and pressure had shifted. The Sun, once again, had started to shine.

“TRE® was a transformative process. I was able to re-connect with a part of myself I had lost and I cried about the fact I had wanted to kill ‘old me’. I had started to uncover a ‘me’ I could love.”

Read Katherine’s full self-healing journey in her book ‘Brushing My Teeth with Baby Lotion’ which is available in paperback on Amazon for £8.99 + P&P